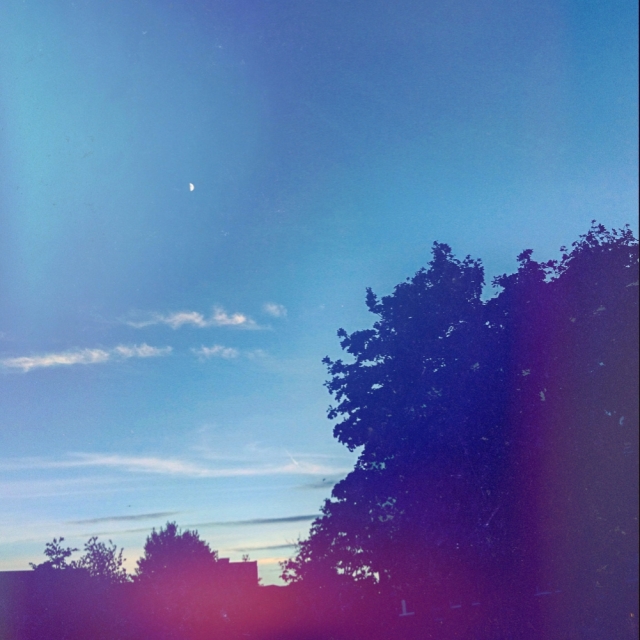 I’m a companion of my soul. I let it lead me blindly, on pure trust. I’m not afraid of drowning, of getting lost, of disintegrating, of losing control. Because I’ve gone to the edge of each of those fears, and the only thing that got lost was my fear. The only thing that drowned was my burden that I thought I couldn’t survive without. The only loss of control happened to my intellect which really, was a realization that I never had control to begin with. I was like Maggie Simpson with the steering wheel attached to her car seat, pretending she’s the one driving the car.

And maybe destruction lies ahead. Maybe this has all been a fluke. But even so, I’d rather go out with a bang than endure a slow death. I’ll drink that potion. And just because I know that my anxiety is unfounded doesn’t make it any less potent. It’s not something I can ever stifle or ‘fix’; I’ll just accept it as a price to pay for living fully.

“In actuality, no one ever sank so deep that he could not sink deeper, and there may be one or many who sank deeper. But he who sank in possibility — his eye became dizzy, his eye became confused… Whoever is educated by possibility is exposed to danger, not that of getting into bad company and going astray in various ways as are those educated by the finite, but in danger of a fall, namely, suicide. If at the beginning of education he misunderstands the anxiety, so that it does not lead him to faith but away from faith, then he is lost.
On the other hand, whoever is educated [by possibility] remains with anxiety; he does not permit himself to be deceived by its countless falsification and accurately remembers the past.
Then the assaults of anxiety, even though they be terrifying, will not be such that he flees from them. For him, anxiety becomes a serving spirit that against its will leads him where he wishes to go.”

– Søren Kierkegaard, The Concept of Anxiety

“We can understand Kierkegaard’s ideas on the relation between guilt

and anxiety only by emphasizing that he is always speaking of anxiety in its relation to creativity.

Because it is possible to create — creating one’s self, willing to be one’s self, as well as creating in all the innumerable daily activities (and these are two phases of the same process) — one has anxiety. One would have no anxiety if there were no possibility whatever.
Now creating, actualizing one’s possibilities, always involves negative as well as positive aspects. It always involves destroying the status quo, destroying old patterns within oneself, progressively destroying what one has clung to from childhood on, and creating new and original forms and ways of living.
If one does not do this, one is refusing to grow, refusing to avail himself of his possibilities; one is shirking his responsibility to himself. Hence refusal to actualize one’s possibilities brings guilt toward one’s self.
But creating also means destroying the status quo of one’s environment, breaking the old forms; it means producing something new and original in human relations as well as in cultural forms (e.g., the creativity of the artist).
Thus every experience of creativity has its potentiality of aggression or denial toward other persons in one’s environment or established patterns within one’s self.

To put the matter figuratively, in every experience of creativity something in the past is killed that something new in the present may be born.”

– Rollo May, The Meaning of Anxiety

Respond to wipe the slate clean