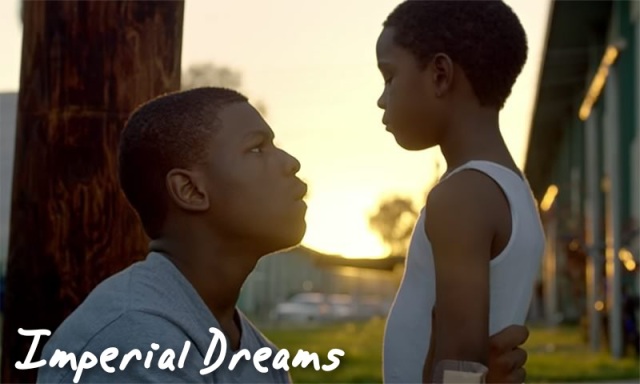 I’m too emotional to say much about this film. I’m angry, horrified, sad. America is one of the worst countries in the world. And what makes it so horrible is the fact that people would rather die than admit that their country is built on the broken backs of the desolated, the deserted, those in utter despair.

This is the story of blacks who have all odds stacked against them in a society where their suffering is erased and not acknowledged. Where the establishment disregards the inherent human value in order to prove its absolute power and hypermasculinity in the face of disobedience.

There’s nothing I can do but let the currents of this story run through my heart so that I can keep a piece of their experiences alive. I solemnly step aside and let the emotions sit where they may.

Here’s an excerpt from a scene:

And you swear, Angel Boy won’t end up a savage. Dead, smiling on a T-Shirt. He won’t work the corner. He won’t work the curb. He won’t want to be the emperor under this dark Imperial highway. Because monarchs are not elected around here. They’re made with a gun. And they reign only until it rains… all over.

Respond to We dream in the darkness