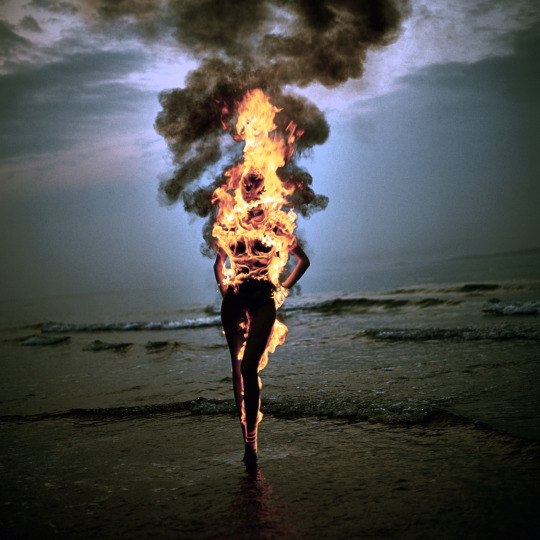 I recently saw a tumblr post about racism and the KKK. The OP had this closing remark on his post with about 30 000 notes:

this is what sickens me about white people and whiteness. they want all the fucking benefits but none of the responsibility. they want to do dirt but never pay a fucking price. they want to perpetuate hate but be loved and adored by those they oppress. a fucking cowardly wicked group if ever there existed one.

The anger and hatred is so palpable that it’s clear that this person isn’t up in arms over a tumblr post; or social justice for that matter. You talk about white people enjoying the privilege whilst not owning up. I see your point, it’s valid. Anyone with a privilege has a moral obligation to remain conscious of the social constructs that gave them the unfair advantage. However, the same can be said about all these fist-pumping black college kids who think they are black panthers or MLK or Malcolm X without any of the struggle! Your predecessors fought actual battles and suffered actual loss, and all the while they trudged through the obstacles ahead and you’re reaping their benefits.

I’m noticing a worrying trend of  youth of colour adopting a victim mentality by blaming all their problems and vices on the imperialist structures that is rigged in favour of whites. America is built on oppression of minorities and until white people like Trump and Bill O’Reilly and Sean Hannity with their Faux News entourage step down from their ivory towers and acknowledge the privilege handed down to them by former slave masters, America will not heal. However, the reason why I’m opposed to harping on about this point is that it takes away the power from a people already disadvantaged. It instills a feeling of helplessness, as if to say that they can’t move on without the approval of white people. As if to say that no healing can take place unless the perpetrator comes clean. It’s very worrying because perpetrators rarely come clean; they are too far gone and the only thing one can do is to let the truth be known, and resound it over and over again over the span of generations. A racist isn’t a racist because they are white; they are a racist because their heart is sick. And by focusing on what they have to do to fix themselves,  you’re diverting your attention and energy into the same things that broke you down.

People of colour must find something to live for apart from the ills of society,because focus is a creative power; whatever you focus on, you reproduce. You won’t heal by forcing someone else to do their task. We all have a prerogative and a conscious that makes it so that we have a personal responsibility to find the truth and to embody it. This is the struggle of a lifetime, so go on. Go on and move away from the need to have a scapegoat to take away the pain of an absent father, an abusive mother, a condescending teacher, a distrustful system. Accept the difficulties in your life and you’ll inherit the strength of those obstacles. You won’t succeed because of privilege, but in spite of it. Someone privileged might have access to more resources than you, but resources mean nothing without the will and the passion to do something with it. They may be privileged by enjoying access to whatever their minds conjure of without the spoke in the wheels you often have to deal with. However, the obstacles and odds you have to contend with makes you more resilient and gives you more strength than a privileged one will ever know.

You’ve been hurt and broken for so long that you’ve associated your crutch with protection. It’s about time you stand tall, dare to throw the crutch aside and embrace the frightening prospect of taking your first true steps on your own.

There’s nothing weaker than hiding your vulnerability because, it means a refusal to stare at those who abuse power and see them for who they are which means they still have power and control over you. Nothing is stronger than vulnerability. Nothing more clarifying. Nothing is clearer than vulnerability, and if you hide who you are you are just making a tombstone of your everyday actions because you dont exist in hiding and you’re letting the past rob you.

Exercise the power of vulnerability. When you are vulnerable you are signaling to your system that the past is over and done! That you’re no longer a victim! That you’re no longer trapped in a destructive and abusive environment! Vulnerability means it’s over, it’s done. The war is over but, if you continue to use the same defenses that you had in the past all you’re telling your whole body is that the past is not over.

Be vulnerable. Be honest. Be open and show your heart. That’s the best way of telling your heart that the tigers are no longer in the grass. I’m telling you, just take it for a spin. Vulnerability and openness will get you what you want in your life and hiding will only get you the feeling of being prey from here until the end of your life.”

2 responses to You’re not ‘woke’; go back to sleep.